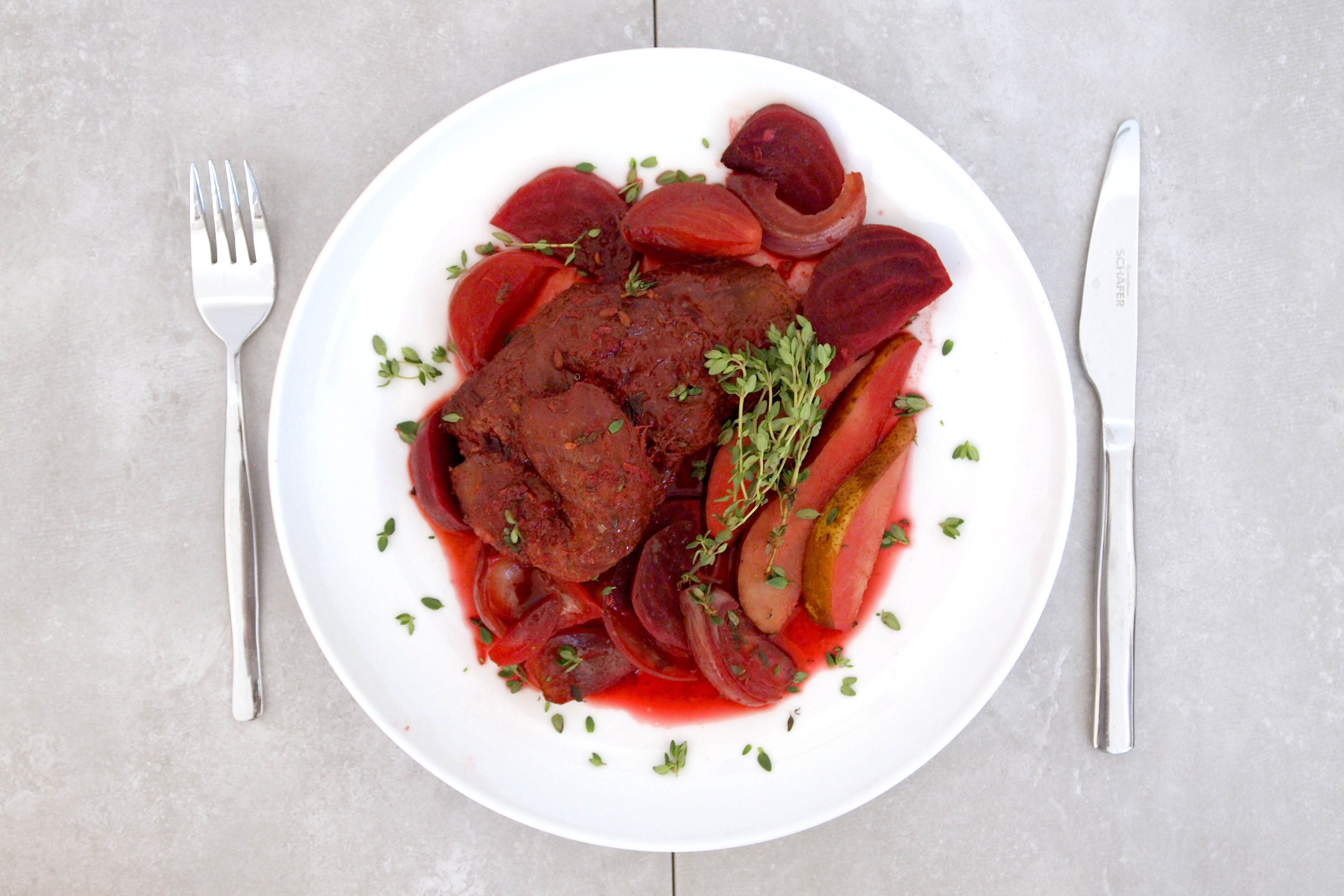 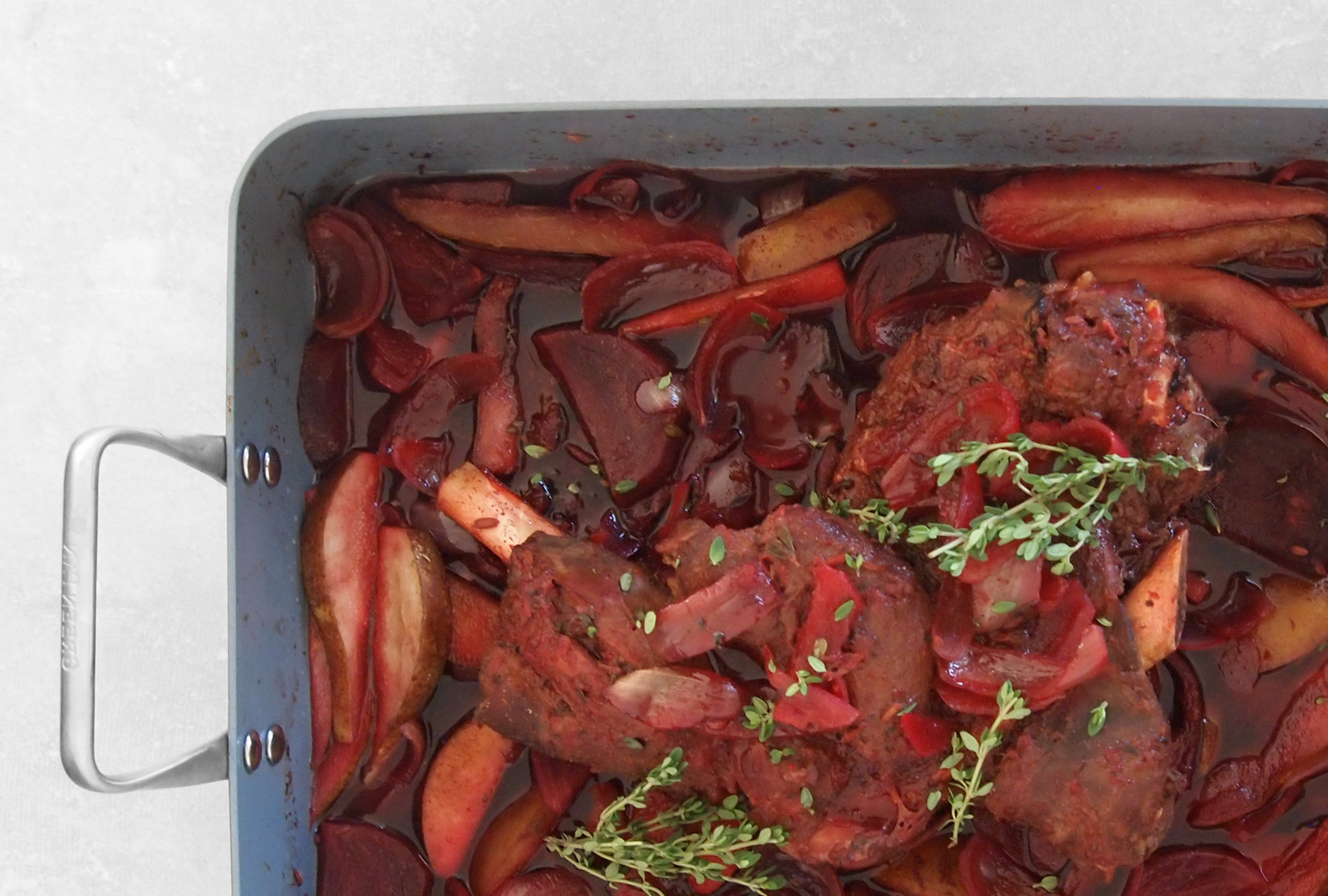 Just in time for the winter season, I was thinking of making a delicious dish of chicken, beetroot and pear, the perfect Sunday roast. However, a rather peculiar incident interfered with my plans. I received a message through an email-list at work, not about cell culture or antibodies, but from someone who had started a goat farm and was selling goat meat − either half a goat or a full goat at a time. Being rather curious, I emailed back to ask [a] if the meat was lean (it is!), and [b] whether it would be possible to buy just 1 kg, as I wasn’t planning on buying a new freezer with triple capacity! It was too complicated to sell less than half a goat, and so it was suggested that I could find others to share a goat with. Given that I had no intentions of becoming a goat meat re-seller, I decided to politely leave it at that.

A couple of weeks later, much to my bewilderment, I started receiving emails with pictures of half a goat, and people (that I didn’t know) comparing a leg of goat to a leg of deer/discussing the fact that they didn’t know how to cook with chops and legs/asking how many people a leg would feed. And about collecting bits of a male goat (?) from one of the car parks at work. This caused much hilarity, not to mention that I was somewhat confused! Anyway, I figured that I had been included in a group to split half a male goat; and I did end up collecting the goat leg I cooked for this recipe (in exchange for money of course) from a far away car park at work, which I then carried away in a white box usually used for carrying reagents/samples from the lab. Could have easily been mistaken for illegal activities/exchanges taking place in the car park!

Protocol
1. Rub the leg of goat (with the fat removed), the beetroot and red onion with some salt and place in a large baking tray.
2. In a bowl, combine ginger, chilli, cumin powder, coriander powder, stock cubes, Sukrin, fennel seeds, caraway seeds and sherry in a bowl, and whisk together.
3. Pour the mixture onto the goat, beetroot and red onion, and sprinkle on some of the lemon thyme, making sure everything is well covered with the mixture.
4. Cover the tray with tin foil and marinate overnight in the fridge (or for at least 30 minutes at room temperature if time is limited).
5. Preheat the oven to 150°C and transfer the tray to the oven when it is warm. Roast for 4 hours, intermittently pouring the juices over the meat.
6. After 4 hours, add the slices of pear and cover slices in the juice. Put the foil-cover back on and return to the oven, roasting for another 30 minutes.
7. Garnish with fresh lemon thyme to serve. 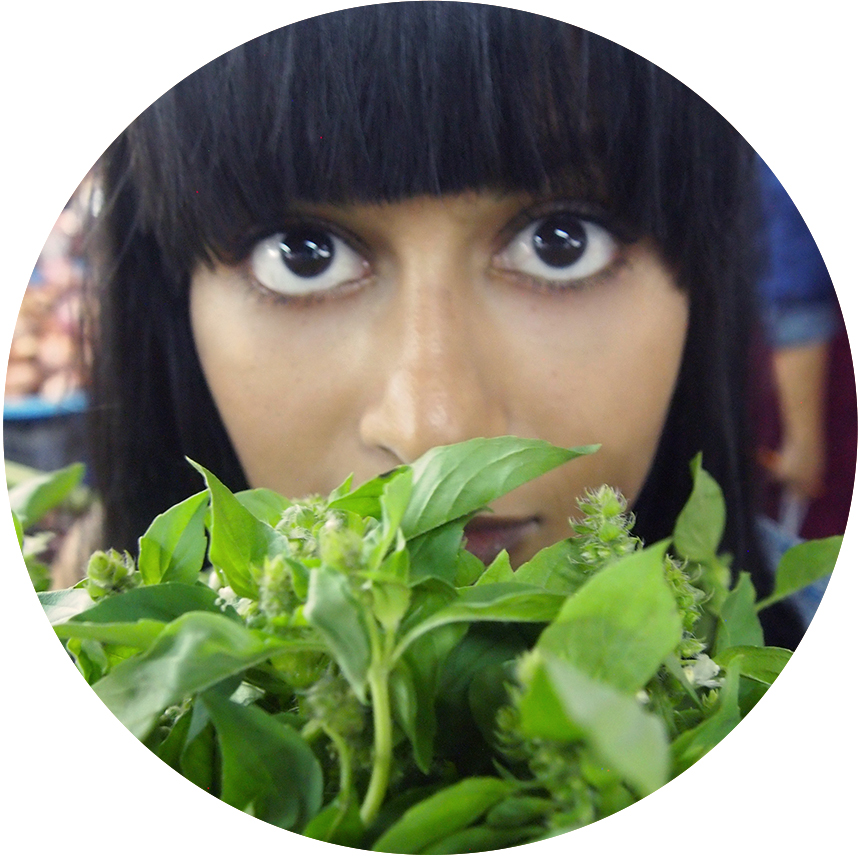